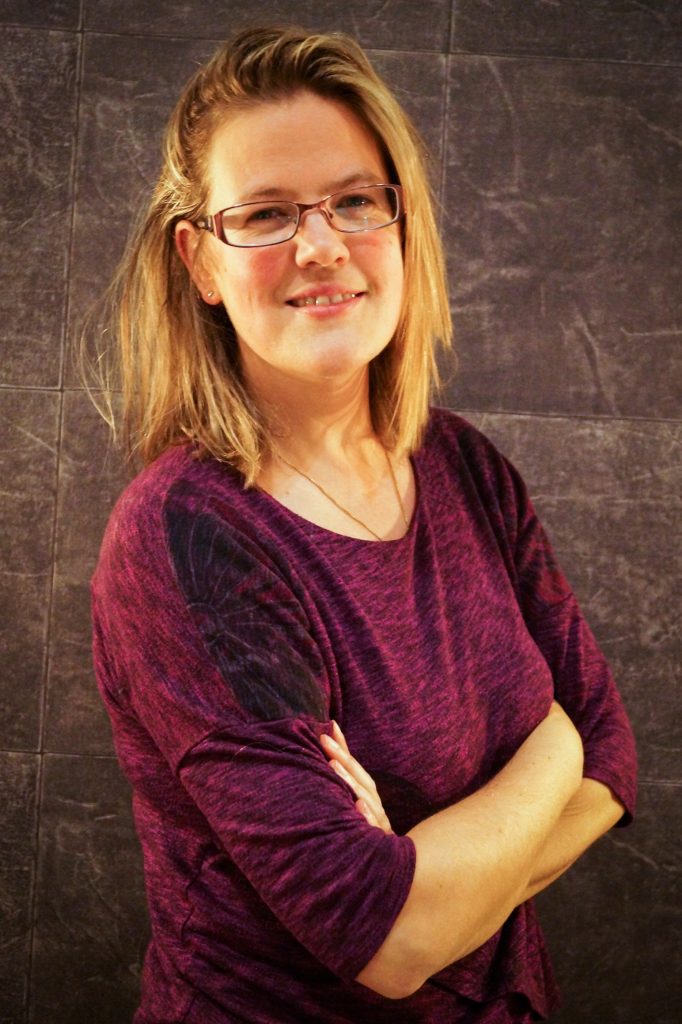 Griet Deca was born and raised in “de Kempen” (the Campine, a Flemish region situated in north-eastern Belgium and some parts of the south-eastern Netherlands). After her studies in Roman Language and Literature, she started her career as an independent business trainer in languages and communication. For almost 17 years, Griet has combined her training assignments in numerous companies with a part-time job as an instructor at VDAB. She guided jobseekers on their path to employment via language coaching, communication training and job application guidance. In her classroom, the timidest job-seeker, who had lost his/her self-confidence, grew into a rock-solid candidate who truly believed in his/her own abilities. And Griet was “the happy guide on the side”.

What intrigued her most though, was how the learning results achieved by trainees in the classroom were often not expressed in the workplace. By talking to her trainees, Griet quickly established that stress was the main culprit. She wanted to know more about this phenomenon, which apparently succeeded in undoing all her work in the blink of an eye.

During her youth, Griet herself became a victim of unhealthy stress and in 2015, she decided to study the mechanism of stress. She obtained the certificate of Stress and Burn-out coach, ploughed her way through various (further) training courses both in Belgium and abroad, and decided, together with her colleague, Kim Hilgert, to found a company focussed on well-being interventions. This is how Tryangle was born. Together with their team, Kim and Griet provide well-being interventions in companies and work on happiness at work under the motto “Try a different angle!”. 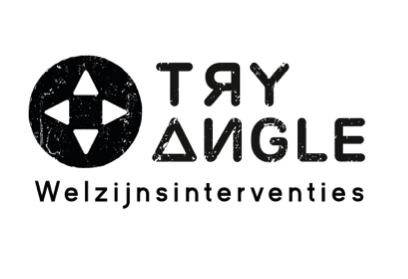 Tryangle guarantees consulting on well-being and happiness at work, quality training, in-depth coaching, and educational and fun team building. Our certified coaches choose an approach that works! An approach that is underpinned by scientific insights, fun, solidity, challenge, movement and participative learning-by-doing. In short: training, coaching and team building with a healthy edge and a Smile Guarantee.

International week of happiness at work

Everyone wants to be happy, also at work. After all, we spend a considerable amount of our time there. In addition, our happiness at work has a major impact on the rest of our lives. We therefore believe that happiness at work should be high on organisations’ agendas. To draw attention to this, we have declared the week from September 23 to 27, 2019 the Week of Happiness at Work, together with organisations and professionals from the field. Ready to join us?

Griet is a seasoned professional when it comes to company training. She is a provocative and coaching trainer who is able to clarify the underlying theory in her own unique way. By using a touch of humour, telling examples and practical exercises, participants are immersed in the areas of resilience, well-being and happiness at work.

It is clear that she knows what she is talking about: at the end of 2018, Griet wrote “Van Welvaart naar Werkgeluk” (“From Prosperity to Happiness at Work”). The book deals with the undercurrents in our society that determine our present search for prosperity, well-being and happiness at work; the motives of employees, and why they are so massively absent today due to stress.

Do you have an important question for me?